My comments on Blackest Night have been sparse, because I’ve been so excited by the event that I didn’t want to jinx it. The reason for my excitement lies in the fact that Blackest Night premise seems organic to me.

Allow me to explain. If you know the history of the guardians (who they are and some of the stuff they’ve done) and the GL Corps (how they operate) only superficially to mildly well, you would believe premise of Blackest Night. It’s even believable that Nekron would try to exploit the above. Blackest Night seems to be the product of organic extrapolation in that sense.

Yet more organic creation for your enjoyment:

A while back, I came across a superhero team webcomic called Awesome Storm Justice 41, which was created via spontaneous organic collaboration: an internet forum discussion turned into a webcomic with multiple collaborators. It all started when internet forum members were just playing around with superhero ideas when a commenter noted that it sounded cool and came up with the name Awesome Storm Justice 41 right there. The peeps on the forum loved the name and adopted it for actual webcomic project. They even had an open call for character concepts (hero name and proposed powers) to be used in webcomic. It must’ve been quite a feeling to be part of this type of spontaneous event. It’s a comedy webcomic, by the way.

Please note that this post was NOT meant to suggest that Organic is always better, as is illustrated with this image: 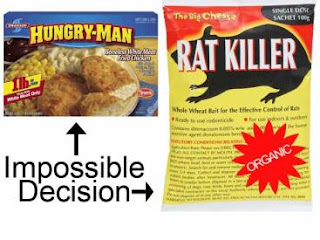